How The Hewitt Fertility Centre has been leading experts in the North West and beyond for almost 30 years...

This year marks the 40th anniversary of the very first IVF treatment, as well as The Hewitt Fertility Centre approaching our 30th year of helping families to achieve their dreams and overcome their fertility concerns.

While preparations are being made to celebrate this momentous milestone for fertility treatment, we thought we would look back on our history as one of the most prominent treatment providers in the UK. Here are the 5 top moments in the history of The Hewitt Fertility Centre.

Back before we had our home here at the Liverpool Women’s NHS Foundation Trust, the Liverpool Fertility Centre - as it was known at the time - was based in the Royal Liverpool Hospital, as a branch of the University of Liverpool.

This small clinic was staffed by less than a dozen clinicians and nurses and only treated a handful of patients every year. However, things were moving quickly and within a couple of years the price of IVF would go down and demand would rise. 1990 would see the first birth of a child as a result of IVF treatment carried out here in Liverpool.

Thousands of children and happy families later, we can look back fondly on our humble beginnings.

As the demand for IVF treatment grew, as well as space in the Royal Liverpool Hospital becoming an issue, something needed to be done to allow the centre to continue growing and providing help to those in need.

The Hewitt Fertility Centre has had a number of locations over its 28 year history; however it wasn’t until moving to the Liverpool Women’s Hospital in 1995 that it really started to establish itself as one of the most successful and busiest fertility clinics in the UK.

The new location enabled us to expand our facilities, labs and staffing levels, allowing us to treat thousands of patients every year. Increased space also meant that we could adopt new procedures and technologies. Alongside treating IVF patients, our sperm and egg freezing lab was built, counselling facilities were installed, as well as multiple state of the art treatment suites and a capacious waiting room. 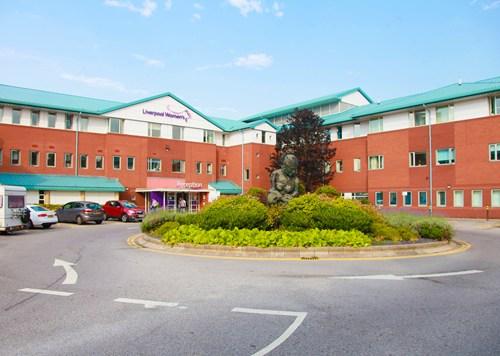 As previously mentioned, The Hewitt Fertility Centre was once known as The Liverpool Fertility Centre. It was in 2002 that one of the centre’s most influential team members sadly passed away and we decided to rename the centre in his honour.

Jonathan Hewitt, one of the lead Consultant Obstetricians and Gynaecologists at the clinic, was a passionate pioneer of fertility treatment in Liverpool and one of the main reasons that the centre was able to grow not just in size, but in reputation.

Mr Hewitt trained at Liverpool University before working at the Bourne Hall Clinic near Cambridge with Dr Robert Edwards Dr Edwards, alongside Dr Patrick Steptoe were the main clinicians involved in the conception of Louise Brown, the first baby born as a result of IVF treatment.

For more than a decade, he dedicated his life to helping hundreds of couples give birth to the children they thought they would never have, by developing and administering the new IVF treatments.

Mr Hewitt sadly passed away at the age of 47 after a battle with cancer. His passion and commitment live on in the hearts and minds of all of the devoted staff, who continue the amazing work done at the centre that proudly carries his name.

Our program of using frozen embryos for fertility treatment dates back to the mid-nineties however, at that time the success rates of such procedures were very low and the process was still considered experimental. Over time the technology became more refined and reliable. In 2008, The Hewitt Fertility Centre invested a large amount of money into ensuring that our sperm and egg freezing techniques and facilities were among the best.

Today, we hold no fewer than 7000 embryos in storage at any one time, for people who may wish to preserve their fertility for a number of reasons.

Many people born as a result of successful IVF treatment now have younger siblings that were conceived at exactly the same time, but born years apart due to the increased success rate in freezing embryos.

Not so long ago, the process of egg fertilisation was fraught with uncertainty and success rates were far lower than they are today. One of the main reasons for this was the way in which embryos were monitored during their development.

In the past an Embryologist would have to remove the fertilised egg from a specially designed incubation chamber once a day to assess its development and look for abnormalities. The incubation chambers are designed to mimic the conditions inside a woman’s uterus and therefore allow the egg to develop properly. Removing the egg from these incubators heightens the risk of problems arising.

Thankfully, in 2009 the EmbryoScope was invented. The EmbryoScope is an incubator with built-in monitoring systems that automatically take pictures of the embryo so that scientists can monitor it’s development constantly, without the need to ever remove it from incubation.

The Hewitt Fertility Centre invested in numerous EmbryoScopes around that time and by 2013 was able to offer time-lapse monitoring to all of our patients as a matter of course.

This technology has reportedly led to an increase in ongoing pregnancy rate of 23%, while early pregnancy loss has been reduced by 36%.